Marathon training - week 14 and Run for a Reason

No long run this week due to 14km Run for a Reason on Sunday. Didn't get a proper warm up in for the race so slightly disappointingly I did 98.8km for the week. A decent warmup would have got me over the 100km

The interval session went well. Strange morning for running with a thick smoke and fog haze over the city and suburbs and also pretty humid.

Due to the fog it was pretty dark down at the oval as it blocked out the pre-dawn light. I didn’t want to risk tripping or falling in the dark so I just did laps of the oval until it was a bit lighter but it didn’t really improve. I almost called it quits and thought about doing some hill repeats on the road under street lamps instead but figured that they wouldn’t really help with turnover for the weekend’s race. So I decided to run my intervals but stay very controlled and concentrate on where I was putting my feet as the edge of the oval is a bit rough in places.

I couldn’t see my watch so had to run purely on perceived effort and hope that it was about right.

Rep times were pretty comparable to last time I did this session but the effort level was lower in that I ran more controlled.

I had an interesting recovery run on Friday. Despite the weather forecast, I decided the night before that I was going to do my recovery run down at Cottesloe and then have a dip in the ocean. Woke up at 5.30am – no rain. “Stupid weather forecast – can’t fool me”. 2 minutes later it starts raining … but not too heavy so I jump in the car and drive to Cottesloe. Had the stereo going (Ramones) so it wasn’t until I parked that I realised that it was not only a bit rainy but pretty bloody windy too. The rain started up again too and I could see that the sea was very rough.

Sat in the car having a debate with myself for a couple of minutes before deciding to drive home and run from there. Get a minute down the road and it isn’t raining and I decide that conditions will be the same at home so turn around and drive back to the car park.

Got my run in. Ran to Port Beach and back – strong tailwind on the way out and monster headwind on the way back. Got rained on but not too bad. Contemplated going for a swim but asked a guy who was walking up from the beach in his bathers what it was like and he said no go (I noticed he hadn’t actually been in).

Went and grabbed a coffee for the drive home and was back home by 7.30am

So missed out on the soak in the cold ocean which was the point of going there but it was an experience all the same.

Perfect conditions for race day on Sunday. I rode my bike there so that I could get away relatively quickly to get to Ben’s game in Vic Park which was kicking off at 10am. It was a cold morning but the only thing that really froze were my hands – wish I wore gloves …


Caught up with an old work colleague before the race and by the time I went to check my bag (still 25 minutes until the start) the queue was very long – I reckon about 20 minutes after it hardly moved in 5. I spotted Sugar so decided to just take a chance on leaving my bag.


We made our way to the start line and as seeded runners we had a chance to warm up a bit in front of the start. I ran up to Plain Street and back a couple of times. It wasn’t really a warm up but at least it turned the legs over.


Felt like I was running the right pace for me though. I could see Simon Elliott a bit behind him and intended to get up with him by the time we turned off Riverside Drive and onto the Freeway but he was running very strongly and pulled further away even though I maintained my pace.


Up near Parliament House, Epi ran up to me. I was surprised to see him as I knew he was starting back in the pack as he had not arranged a seeded start. We ran together for a bit but he then went in front just before we got to the tunnel. It was warm in the tunnel and I may have run a bit quicker in there just to get out the other end.


There was a drink station when we came out of the tunnel and a bit of an incline. I took a drink there and worked up the incline which was where I passed Epi.


Gina Grayson-Cassey was the first female and was just in front of me. I managed to pass her between the WAMC and the Causeway where I ran fairly hard. The run across the Causeway is a highlight of this race and not only because it is only about a km to go. The course this year went into the WACA at the entrance near the scoreboard. I put in a bit of a sprint when we got onto the oval and managed to pass one runner in front of me in the last 100m.


Results in the paper were based on chip time. Although I was 26th over the line, some bloke called Steve Moneghetti ran a faster chip time than me so pushed me back into 27th position. I am very happy though with my 50.35 (3.38/km pace) run and how controlled I felt during the race. I think the photos indicate that as apart from the sprint at the finish, there seems to be less tension in my shoulders than I normally have in shorter races.


Sugar had a good run as did Mark Lee. Really happy to see Simon Elliott have such a good run and Epi’s run should give him some confidence heading into the Perth Marathon.


I actually felt like I could run for a bit longer at that pace. It is such a good course I think that helps. 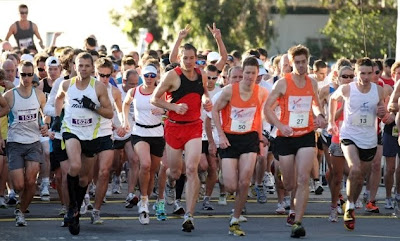 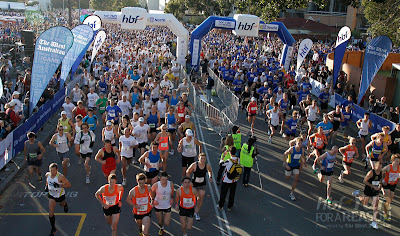 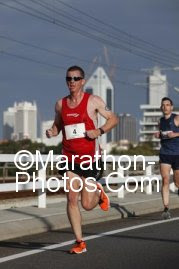 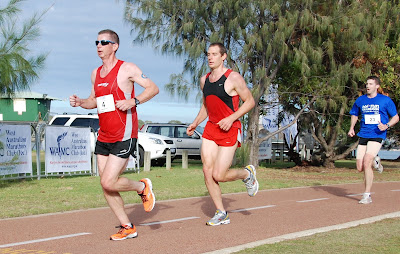 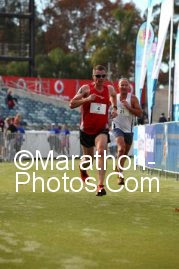 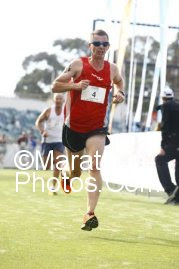 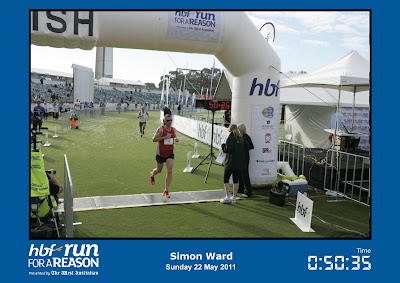 Awesome time! I did 67mins which I was pleased with. It was a good course and the weather was spot on. Can't believe you guys run so fast!

Thanks Martin - it was great seeing so many people out there and fun being towards the front.

What is your next race?