Compare and contrast the following:

Armstrong - "Contador is that good, so I don't see how I would have been higher than that," said the American who returned to the Tour this year after a three-year retirement. "I think his performance this year would have beaten my performances in '01, and '04 and '05."
He added that Spaniard was better than Jan Ullrich, one of his biggest rivals during the years that he won his seven Tours. "Absolutely," he said. "Far better."

Contador - "My relationship with Lance is non-existent," Contador told a press conference in Madrid. "Even if he is a great champion, I have never had admiration for him and I never will."

What a jerk. I don't care who wins the Tour de France next year as long as it isn't that tosser. 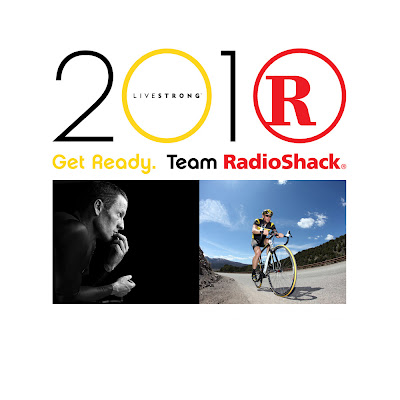 The Third Test starts tomorrow and I have been giving a lot of thought to who they should pick. I don't think that no change is an option. That was the policy in 2005 and look where that got us. So here is my team for the Third Test:

This is obviously without seeing the track and if there is going to be nothing in it for spinners at all, I would be tempted to keep North in, bring in McDonald and leave out Watson and Hauritz. Not much to pick between Watson and McDonald but I think Watson is the better batsman. McDonald will be handy if the pitch is a real pudding.

I think Johnson deserves one last chance plus he adds a lot with the bat. I don't think we can go in without back up for him though in case it all goes wrong again, hence the inclusion of Watson. Siddle would be unlucky but he is going for too many runs so he is a bit of a casualty of Johnson's lack of form. Stuart Clark is too good and too suited to English conditions to leave out any longer.

My prediction though is that we will (unfortunately) go in with an unchanged XI.

Monday - 21.7km in 1 hour 39 minutes. I had 27km in my schedule in an attempt to try to make up for my lack of a long run on the weekend but just didn't feel up to it either effort or time wise. I was up at 5.45am to get this run in (after watching the end of the Tour on Sunday night) and couldn't bring myself to get up the 30 mins earlier to get in the longer run. Felt a bit heavy in the legs early on probably as a result of Sunday's hard effort but felt better the longer I ran.

Tuesday - Rest day. I had run for the previous 8 days so figured it was time for a rest. Plus it was Ben's birthday so we had a nice morning with the kids in and on our bed while Ben opened his cards and presents.

Wednesday - (today). 12.8km in 58 minutes. Broke out a new pair of 2130s for this run. I had been wearing my previous pair since a few weeks before Boston and as I am now getting my volume up over 100km a week, I didn't want to wait until I started getting a sore back (which seems to be my best indicator my shoes are on the way out) before I made the change. Interestingly, these ones felt a bit tight and as usual on the first wear, I felt/developed a numb spot on the mid foot on my left foot. I think I will interchange between these ones and my old shoes until they feel just right so I may not wear them for this Saturday's long run.

Weather permitting, I'm going to do this at the new athletics track near Challenge Stadium. I will be riding the scooter though so if the weather is going to be bad I may need to make alternative plans either by doing them somewhere else and using the car and coming home before work or maybe doing them earlier in the week depending on the long range forecast. I haven't run on the track for ages and am looking forward to checking out the facilities at the new stadium.

*"Contador" is Spanish for "accountant".
Posted by Biscuitman

Couldn't agree more re: the accountant ; see my posting on Monday. Good to see you hitting the track - you may get hooked....

What a tosser, as mentioned on Sugars blog I want Lance to win even more next year. I'm an Accountant or at least qualified :).

Re the test, personally I'd prefer North to be kept but if I had to choose out of Watson and McDonald, I'd go McDonald.

Watson will invaraiably get injured and I'm not that big a fan anyway, although I don't think McDonald is all that good either but he may tie up an end and force a couple of false strokes.

Having said all that, I'm going to be controversial and make just the one change, drop Hauritz and bring in Clark.

MacDonald has seemed completely overawed whenever he's played in a test ; Clark for Hauritz is the only change I'd make. Johnson will come right... how many chances do the batters get ?