Last night I headed down to Coker Park for a 3000m hit out with Sugar. Unfortunately the weather got worse the closer we got to race time and although we pretty much missed the rain while we were running, there was a pretty strong NW wind blowing and the track was soaked.

Still, I knew it wasn't going to be perfect and needed a good hard quick run as I have been focusing mostly on endurance over the past few weeks. Thanks to Sugar for being there despite the less than favourable conditions and for dragging me along for a few laps.

First up though, yesterday morning I did an 8.4km recovery run in around 50mins so very slow. Felt my left ITB twinge a little while running on the grass so will need to watch that.

In the evening, went out to Coker Park. The weather was fine riding home on the scooter but the wind really picked up around 6pm and a squall crossed the track. Due to the inclement conditions, they moved the finish line to the head of the straight (ie back 100m) so that the timekeepers would be under shelter. As a result the 3000m (7.5 laps) started at where a 1500m would start rather than at the 200m mark.

Did a bit of a warm up with Sugar and we raced at around 6.35pm. He is in great shape at the moment and although I had intentions of taking my turn up front, I couldn't quite get up on him so ended up sitting just back from him for about 5 laps. I couldn't maintain it though and dropped off slightly and once the gap was there it increased. In the end I finished about 100m behind Sugar in 10.19 which is a little bit of where I would like to be even given the weather (10.10 would have me thinking I could run under 10mins in better conditions - 10.19 is not quite there).

So that works out to an average pace of 3.26/km. Sugar's splits were as follows:

I stuck with him until he slowed slightly, maybe it was me who slowed him down. So I was certainly on track for sub 10 mins if I had been able to maintain the pace of the first 2km. Just not used to running that pace for that long I guess.

I think my lack of speedwork counted against me as I never got comfortable in my breathing at all. I felt like I was panting rather than breathing evenly which may have contributed to me not being able to maintain my pace after 6-7 minutes. Still it wasn't a complete disaster by any means and gives me a bit of confidence that if I can get to the City to Surf pretty fresh, I can still give sub 45 mins a shake.

I would like to get down and do a bit more track racing especially when I am not marathon training as its good fun and I think trying to get a bit of bounce in my legs can only be good. I didn't feel like I had much last night, probably an effect of the mileage I have been doing as well as the soaked track. I have a Yasso 800 session scheduled for Tuesday and will be doing that at the new track so will see how that goes. I'm looking forward to running there again.

This morning I did an easy 12.8km in 57 mins. My legs felt fairly trashed at the start but improved as I ran and by the end I felt fine. Got soaked as it started raining about 4km from home but an enjoyable run all the same.

Tomorrow morning I will be doing 29km with 19km @ marathon pace. Not 100% sure I can hit the pace I want to at the moment but will have a crack at it.

During the last Test it was reported that an email from Justin Langer in which he offered his views on a number of England players had been leaked. In the email, he said that James Anderson can be "a bit of a pussy". I have just seen a photo which neither confirms or disproves that Anderson is a pussy but it seems to prove that Alastair Cook is a faun (like Mr Tumnus from the Lion, the Witch and the Wardrobe).


See the photo below and check out Cook's toes. (Please ignore the fact that they are naked, that's not the important issue). I thought the "camel toe" was a uniquely female attribute but Cook does not have human feet- he has split hooves. 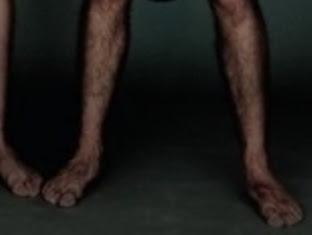 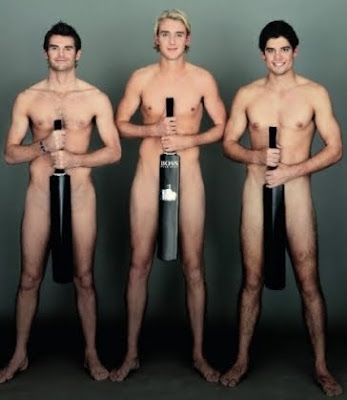 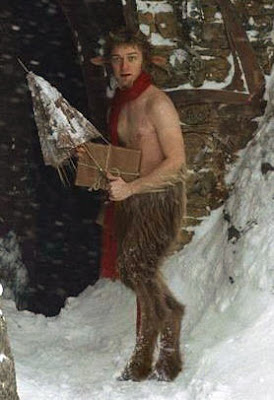 To have that speed in your legs with your heavy training session is a good sign. You cant both get faster and gain endureance a tthe same time. Once the k's come off i reckon the beast will be unleashed. BTW, saturday week i am heading back to Jf for some hill action and would like soem company. If you need to run longer you could slip 30-40 beforehand

I'm scheduled for 27k for that day. How does that fit in with you?

Enjoy your MP long run tomorrow - it's the exact session I did last weekend (although I tacked a 3km warm down on the end of it). Tough, but good. I did have a pacemaker on a bike though...it made life a little more enjoyable.

Sounds good. The hills loop run I run will be about 23.5km so you could take on few k beforehand. However if you normally do 27k in 2 hours you my lucky to 20 k in two hours in the hills, but lots more fun.

Let me know, so company would be greatly appreciated