83km this week including a fantastic morning at the WAMC Lake Monger run when I ran with Sammie as she did her first ever 3km race and first ever race with a number! 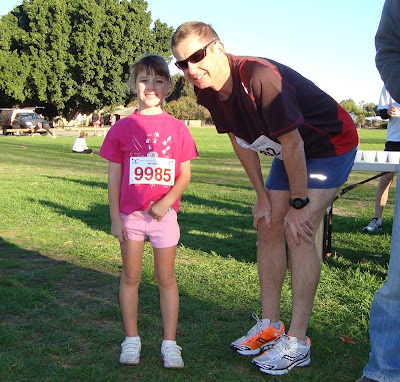 Sammie ran brilliantly especially as she was so cold before we started. Only a couple of very short walks and her last km was her fastest in 6.03. I started the Garmin at the gun, not when we crossed the start line and stopped after I crossed the line and Sammie was in front of me so I think she probably ran 18:59 and definitely under 19min for the 3km.

Saw quite a few people there including Big Kev who was running with his daughter, Simon Elliott who was doing the 10km, his wife Fiona who did the 3km with Molly in the pram and Eldon and Charlotte who ran the 3km. Sammie and Charlotte ran together for the first km and had nice chat – just like a Sunday long run. It was great for Sammie to get a shout of encouragement from Mark Lee as he ran past while in the lead of the 10km race, she didn't walk again after that!

Very proud of Sammie and I think she is pretty pleased with herself – we can’t get the race number off her!!

Other runs for me last week were pretty much all easy running except for doing some strides after my run on Monday and then my usual 3 x 1600m interval session that I do 10 days out from the marathon.

Pretty happy with how this went. My left foot (I think there is a movie in that somewhere … ) felt fine. I took a Naproxen tablet with dinner and iced it again last night and all good this morning. I suspect it may have been a taper niggle as it has now gone completely but I am having issues with my right leg/ankle.

Pace was pretty much spot on and effort was very controlled. Slightly shorter recoveries and than last time I did this session. Legs didn’t feel fantastic but aerobically I felt very good.

I used my Garmin and found that the mile I had measured on Map My Run for my previous sessions was dead on to the metre.

Only other significant run was on Saturday. 21.4km which was really only a medium long run. Clown and I drove to the Raffles and ran out to Point Walter and back. Very easy paced, conversational run which was perfect 1 week out. Decent headwind on the way back which I hope is not around next Sunday.

It was good to run the part of the marathon course I don’t normally run on.

With about 4km to go, I developed a niggle in my right foot which was strange but by Sunday morning I had forgotten all about it. Didn't feel it at all during my run with Sammie on Sunday but it was there from the start of my easy 10km run on Monday and persisted for the whole run.

It seems that it is a bit of tibialis anterior tendon inflammation. It is minor and more of a discomfort than anything but I don't want it to get any worse so I have been back on the anti inflammatories and also the ice.

Took a day off today (Tuesday) which worked out well as it was not only bucketing down with rain outside but it was Sammie's 6th birthday.

We have been very lucky with the weather recently and Perth really is a great place to run which I was reminded off when I saw these photos from the Perth Now website. It is not hard to get out and run around a river that looks like this. 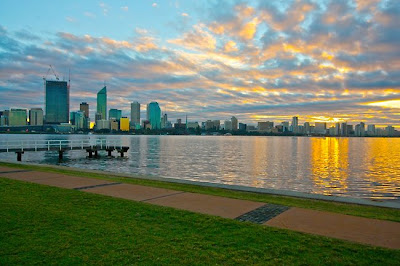 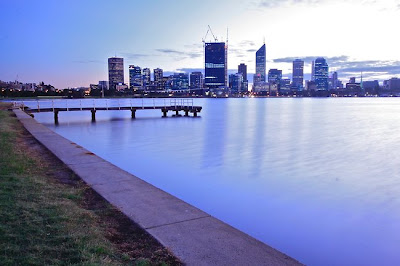 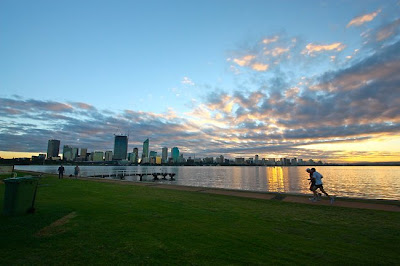